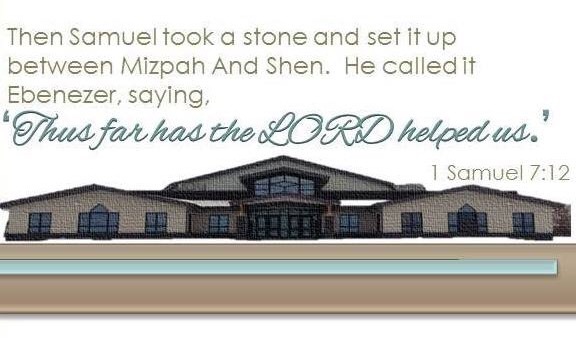 Samuel then took a large stone and placed it between the towns of Mizpah and Shen. He named it Ebenezer - “Stone of Help” - saying, “Thus far the Lord has helped us.” 1 Samuel 7:12

In January of 1978 a group of families of the reformed faith met to discuss the possibility of starting a Christian Reformed Church in the Leduc area.

The name “Ebenezer” was selected out of five names as it appealed to most of the members at the time, who were immigrants. Although they all had their own stories of the journey across the ocean to this new land, one common thread was repeated again and again: they felt the Lord’s presence along the way. Thus “Ebenezer,” stone of help, seemed fitting for them.

Many years later we still feel the strength of the Lord’s presence as He continues to help us.