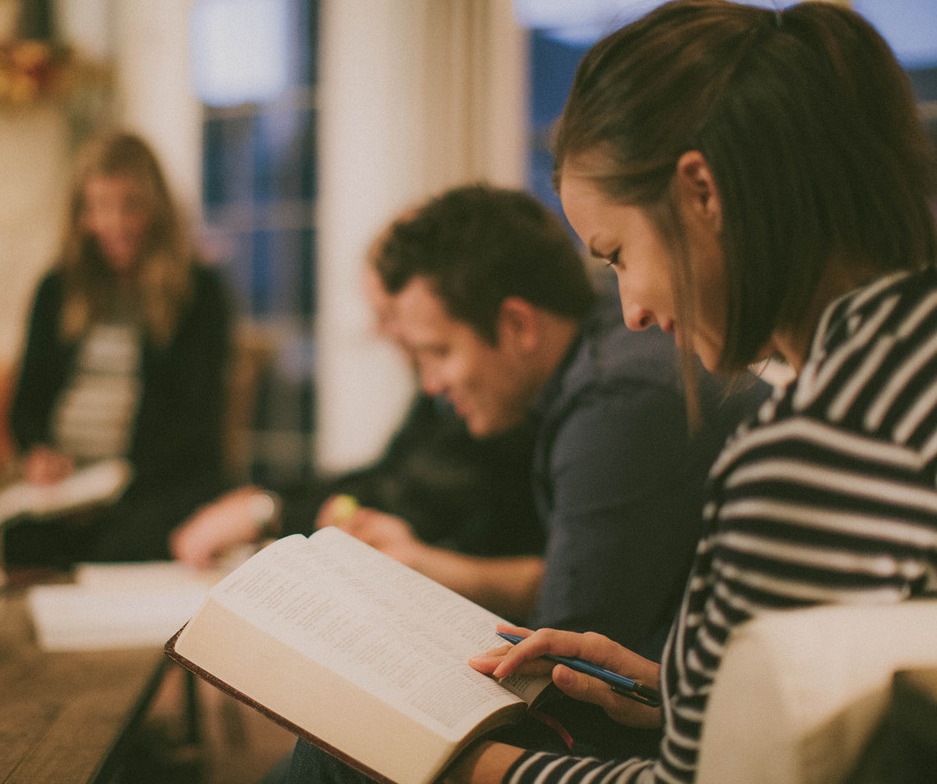 Who is Ebenezer and what do we believe?

Ebenezer is part of the Christian Reformed Denomination in North America. But what’s in that name?

Our name is Christian because we confess that we belong to Jesus Christ and want to be his followers.

Our name is Reformed because we're part of that historic branch of the Christian church.

Our name is Church because God has called us to be a fellowship of his people in the world.

But Who, Really, Are We?

We like to think of ourselves as a family. That’s a very biblical way of thinking, for the bible often describes the church as the family of God and refers to God as “our Father.” To speak of God as our heavenly Father is to confess not only that he is the one that made us and now controls every part of our lives but also that we’re children of that Father. We live under the authority, love, and care of a Father to whom we must give childlike trust and obedience.

This family self-understanding fashions our picture of what it means to live as Christians. We remember that children aren’t their parents’ children only at mealtime or bedtime. Brothers and sisters don’t belong to the same family only when they walk to school together. Being a family involves our whole life, in all its parts. To think of God as our Father, ourselves as his children, and each other as brothers and sisters means living all of life together under God’s authority, in the embrace of his love, with deep concern for each other.

That’s who we are. The Christian Reformed Church…family. Children of one heavenly Father. Brothers and sisters by a common faith in Jesus Christ. We find it big and exciting… an adventure in living, working, and worshiping as part of God’s family. It’s an adventure we’d like to share.

Where Did We Come From?

Historically we came from the Netherlands. But today, although a big majority of our members are still from Dutch backgrounds, we can’t call ourselves a Dutch church...not unless we’re also called Korean, Navajo, Southeast Asian, French-Canadian, Spanish-American, Afro-American, etc. church.

More important to us than such ethnic badges is our place as one branch of the tree that started growing on Pentecost, nineteen and half centuries ago.

The early church was like the single trunk of that tree. After about 1,000 years of growth, it divided into two major branches …the Eastern and Western churches. In 1517 the Protestant Reformation divided the Western (or Roman) church into several new branches. One of these branches formed under Martin Luther’s influence, another under Ulrich Zwingli and later John Calvin. These churches were called “Presbyterian” in Scotland and “Reformed” in continental Europe. The Reformed churches flourished in the Netherlands. In the early 1800s some of these Dutch Reformed people moved to the United States and in 1857 they started the Christian Reformed Church in North America.

What Do We Believe?

The Bible. The Word of God.

We believe that God inspired the Bible’s authors to write so that he could accomplish his purpose. That purpose is ‘that (we) may believe that Jesus is the Christ, the Son of God, and that believing (we) may have life in his name” John 20:31 The Bible is authoritative because it’s God’s Word. It’s necessary because without it we would not know Jesus. It’s clear because through it the Holy Spirit shows us the way of life in Christ.

The Bible is central in our worship. From opening greeting, to a prominent sermon, to the songs we sing, to parting blessing, God’s Word is the source from which we shape worship. Take away the Word of God, and there’s little left of most Christian Reformed worship services.

The Christian Reformed Church has at least two sets of confessions. The more familiar Ecumenical Creeds we share with all other Christian churches; the Apostles’ Creed and the Nicene Creed confess the great biblical truth that God is Trinity, one God yet three persons...Father, Son, and Holy Spirit. The other confessions, the Heidelberg Catechism, the Belgic Confession, and the Cannons of Dort, came out to the Protestant Reformation. These are not substitutes for, but serious testimonies to, the truth of God’s Word. Our World Belongs to God, a contemporary testimony, is also used in many of our congregations.